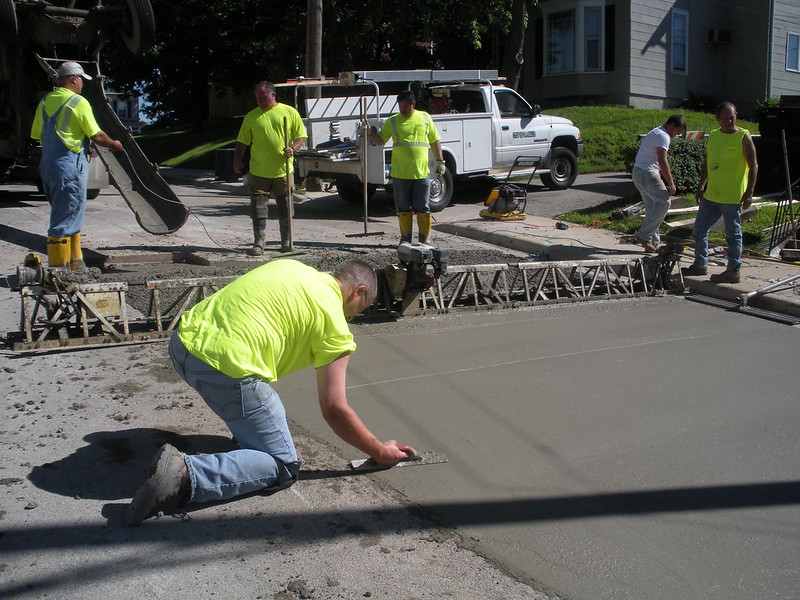 Concrete is one of the most commonly used building products in the 21st century, with enough cement being manufactured every year to emit nearly three tons to every living human. Our current mixtures are the result of over five thousand years of ongoing experimentation with ever-greater admixtures and aggregate materials. Concrete is perhaps the world’s most commonly used building component. The material has a long history, beginning in early Roman times, but during the 20th century, its use in construction was exposed. The city of Chicago emerged as a major center of concrete production and eventually became the home of the Association of Portland Cement (PCA). In support of the wider industry, the PCA produced several technical and marketing publications. The use of the Parthenon of ancient Greece as the cover image for this publication may seem random, but there’s a story behind it. A full-scale concrete replica of the Parthenon was constructed in Nashville, Tenn., in 1925. The replica still stands as the centerpiece of an urban park and a late addition to the classically inspired City Beautiful.

Concrete for home construction was a popular subject even though most American homes limited the material to foundations, basements, and site improvements​. The use of portland cement stucco was a method of giving a wood-frame or masonry house a more monolithic appearance.  One small niche of the residential market was the use of textured concrete blocks designed to simulate stone. This material hit its peak of popularity around 1910​, and it preceded the larger production of concrete blocks and was marketed as a do-it-yourself material. With a few molds and a concrete mixer​, an individual could go into business. Sears Roebuck & Co. was an early marketer of the equipment to make these concrete blocks.

One of the most important technical innovations in concrete construction was the introduction of steel reinforcement. The structural engineering firm Ransome Engineering Co. ​was founded by Ernest L. Ransome, a pioneer in the development of reinforced concrete buildings. Ransome started his career in San Francisco and is credited with the design of two small, reinforced-concrete bridges there in 1886, both of which survive today. Marketing materials promoting concrete for residential construction often emphasized its ability to withstand fire compared to that of the typical wood-frame house. There were even a few attempts to build complete concrete-formed houses. Thomas Edison built a number of concrete houses in New Jersey in an expensive and failed experiment in construction economics.

Concrete’s use in architecture also relied on the development of tools, techniques, and equipment—,, particularly for cast-in-place constructions. Concrete is common, a basic part of modern infrastructure, building, and design engineering. With its past in mind, concrete is easily seen as an example of the transformative potential of easy, inexpensive technologies. This is perhaps more true today than in the ancient world; with concrete in such popular use, a small change in output, design, or deployment may produce unexpected returns.

To see just how far concrete has come from its beginning to now click here.